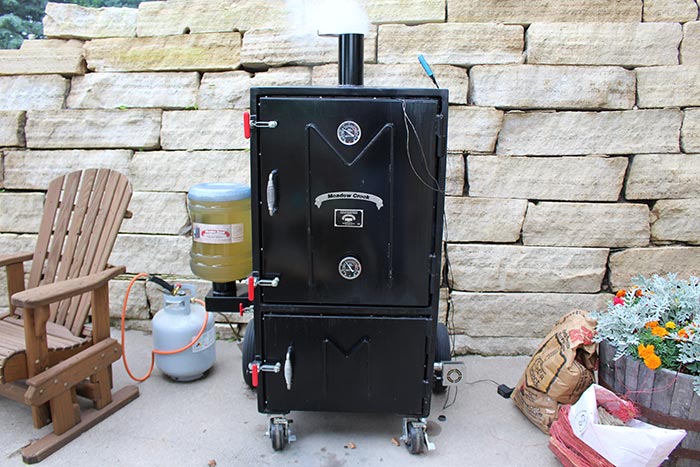 I just returned from a week long trip to Iowa where Marlin runs our sales office and warehouse. A highlight of the trip was cooking on the Meadow Creek BX50 Smoker. One day we loaded it with St. Louis ribs, chickens, pork loin, and pork butts. A couple days later we cooked ribs, chicken, loin, and a turkey. Here are a bunch of shots from these cooks to bring you closer to the BX50 and tantalize your taste buds with delicious barbecue produced on this smoker. 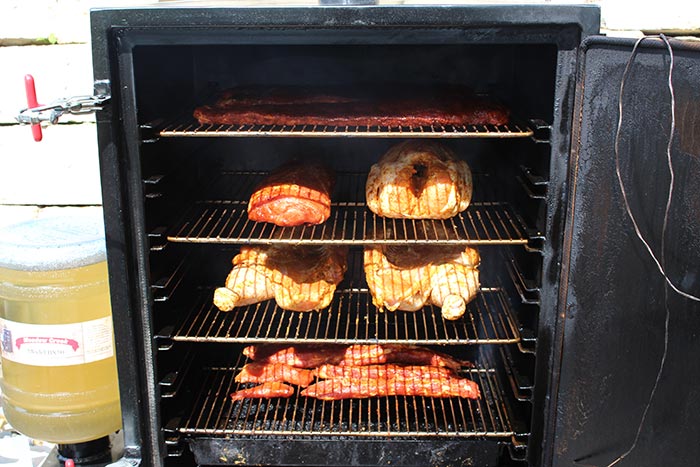 The BX50 is striking in appearance… likely bigger and heavier than what you would expect just seeing it online. It weighs 625 pounds and the cooking chamber is 29″H x 24″W x 20″D. This “beast” eats meat and is ready to support decent sized catering gigs and large backyard parties. 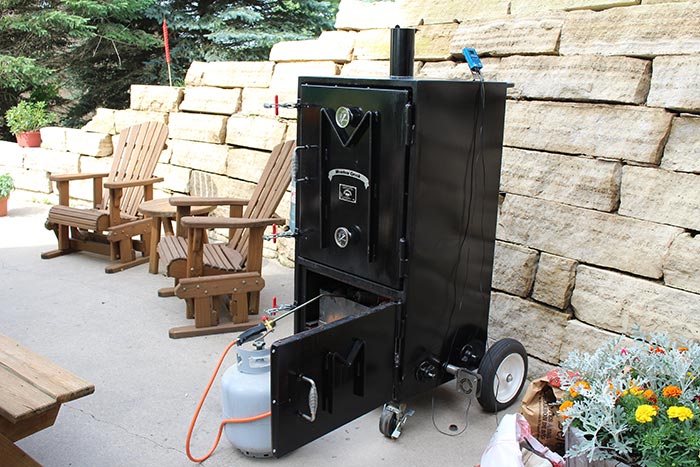 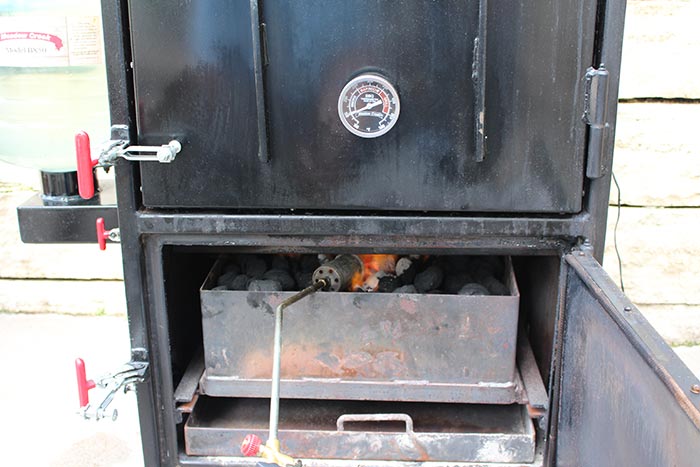 Optional Guru Controller
We used the guru on the second day. The BX50 holds such a consistent temperature that it’s easy to get consistent results without a guru. In fact, without the guru, we hardly had to fiddle with the vents once it was zeroed in and our charcoal lasted six hours. But the guru is a great tool to have if you want to run it through the night or won’t be around to keep an eye on it occasionally. 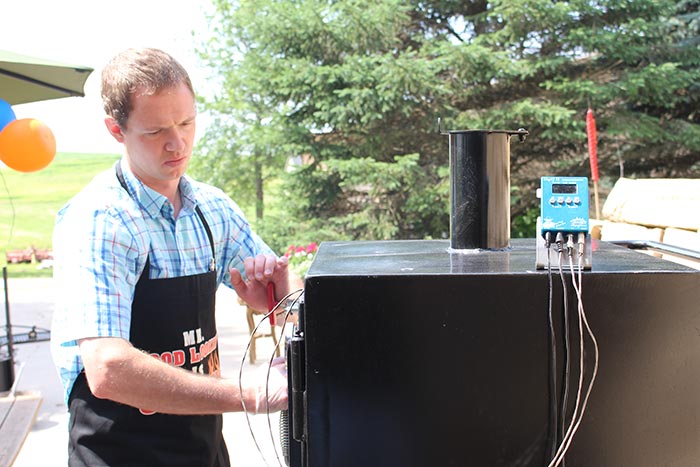 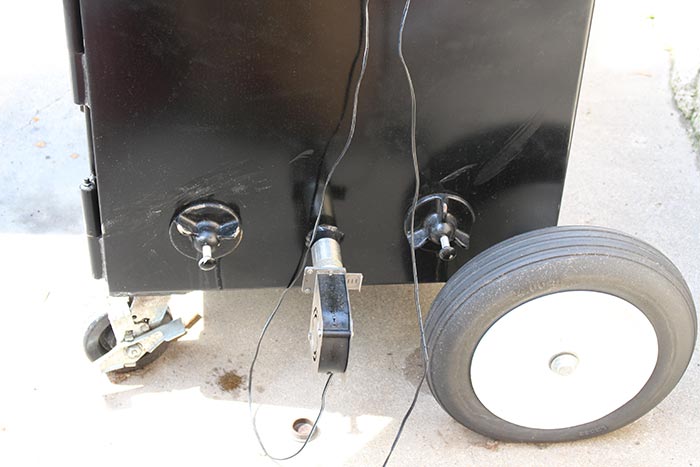 (Latest version of the BX50 has 2 firebox vents instead of 4 like this one has.)

The BX50 is a water smoker and uses a LOT of water. It comes with a 5 gallon water jug which holds enough water for an 8 hour cook. Cooking Grates
The cooking grates slide out for loading and checking the meat. 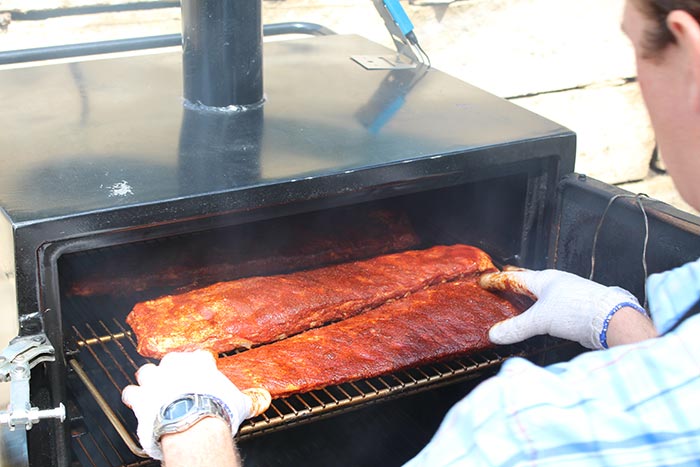 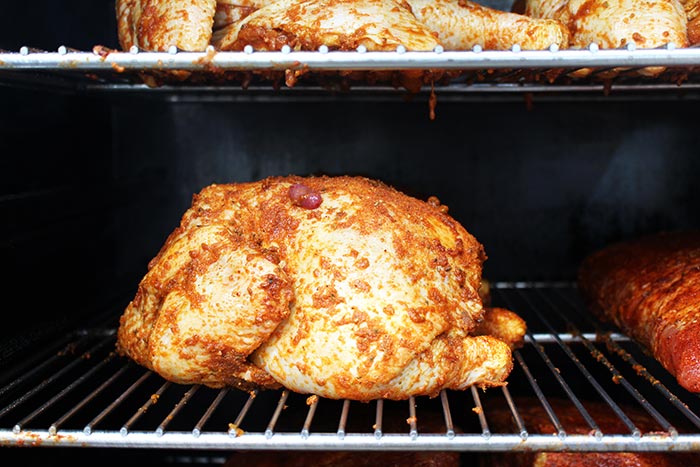 Meat and finished product from the BX50: 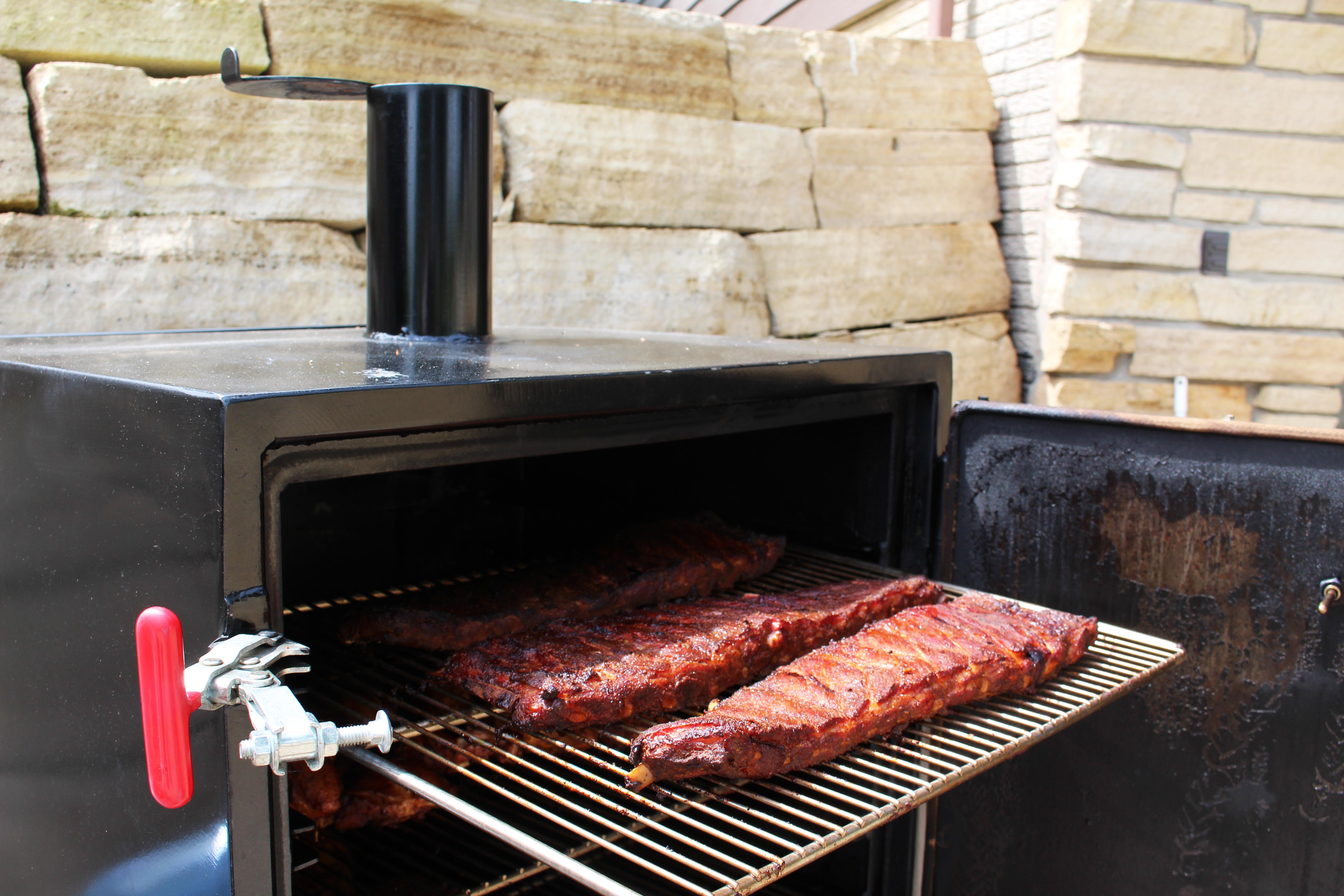 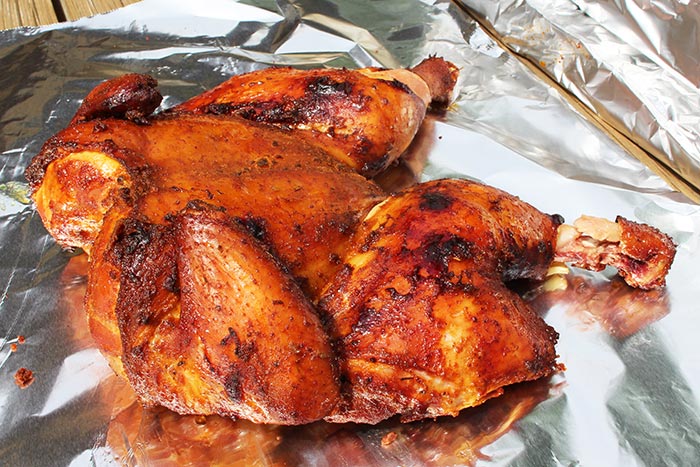 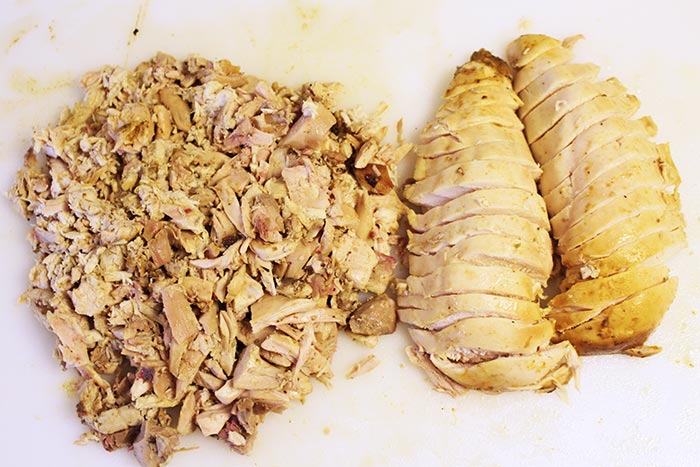 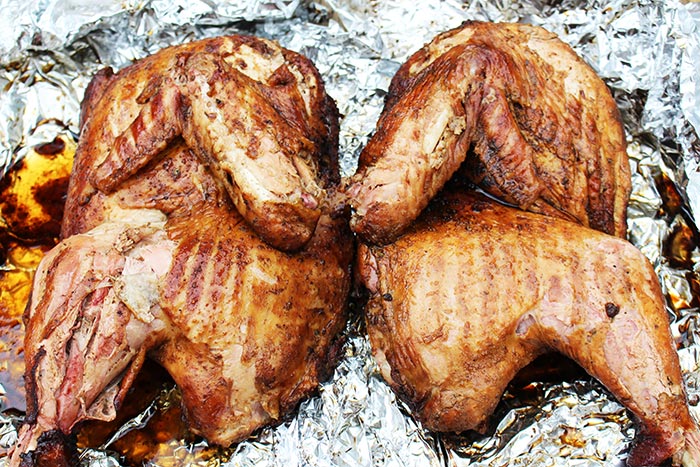 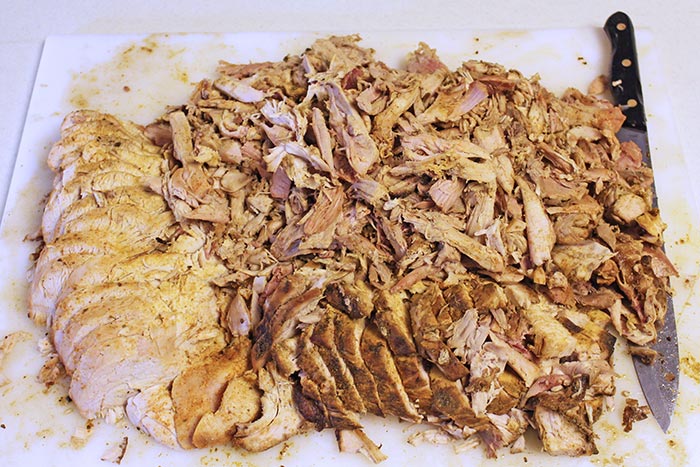 Two common challenges BX50 users face is not firing it hot enough and firing it too hot. Once Marlin loaded it with charcoal and let it sit for a while with the torch on the charcoal, waiting for it to come up to temperature as usual. Somehow we got distracted and left the torch on until it peaked somewhere north of 400 degrees.

Sometimes when you over-fire it, it can take a long time to get it back down to operating temperature of 225–250 degrees. Thankfully, it wasn’t that bad for us, and it wasn’t long until the guru was pushing air into the firebox, which means it wasn’t too badly over-fired. What caught us unprepared though was the burnt grease. The high heat incinerated the grease from the previous cook, which covered the meat and ruined the appearance. At first I thought we had an airflow problem and therefore, too much smoke. But the meat was not too smoky, and we didn’t burp any smoke Sunday morning. Whad’ya know?

Just like any other charcoal smoker, the BX50 needs your help to turn out amazing barbecue—the magic combination of fuel and smoke and airflow. You could choose to use an automated smoker fired with pellets or gas, but something has attracted you to this story. Maybe it’s the legacy of cooking with charcoal and wood or Meadow Creek craftsmanship.

We believe there is more to life than machines. Even in today’s era of sophisticated automation, Meadow Creek is keeping alive the tradition of playing with fire and helping their users harness this cooking style for long cooks and large crowds.

The BX50 is truly a notable achievement in the Meadow Creek line for both ease of use and fuel efficiency.

Any questions or comments, please leave a comment below.

Hi guys it great to finally see some info on the BX50 . I purchased my from you about 1 1/2 years ago. I love mine . I just have gotten the courage to cook different meats at one time like you do . Can you hel me out here . Is there any particular way to arrange to meet ? Like pork on top chicken on bottom? Thanks Ritchie

Thanks for your feedback, Ritchie. No, I don’t think it matters how you arrange the meat.

I have a BX-25 and I’ve used it twice, once without a guru and once with one. Both times I’ve found it difficult to get the temperature above 200*. I could see this happening without the guru but with it seems a little weird. I’ve got all vents shut down, water in the jug and it’s hovering at 201* .